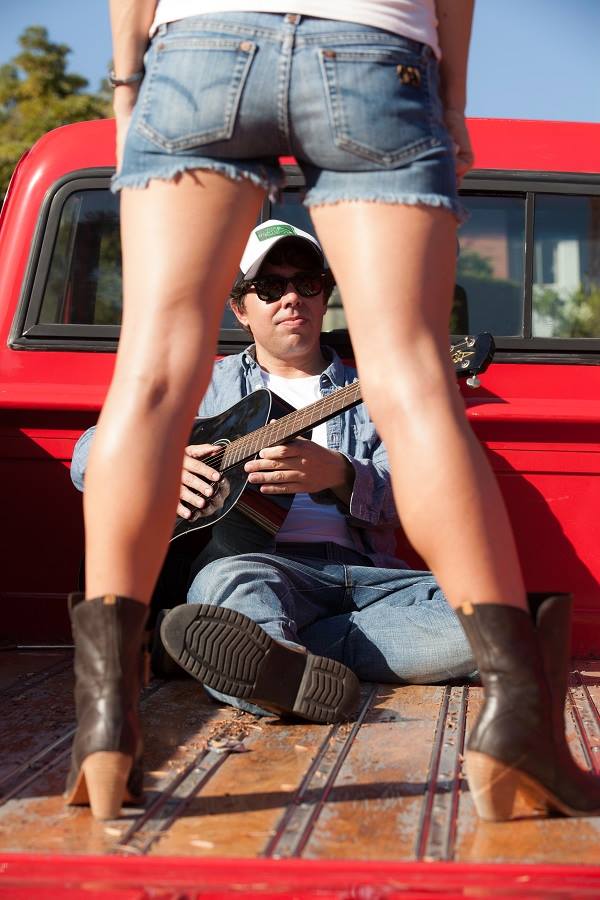 EJ Cox, Colorado singer/songwriter, has music running through his blood. Born and raised in Florida,  EJ's great-grandfather and grandmother played “Old Time” fiddle; there are also banjo pickin’ cousins. Learning by ear, Cox began playing an old upright piano at lake BBQ’s around the age of seven & would soon be performing at church for a packed congregation. Once EJ left for college at Auburn University, he decided to trade the keys for a guitar & hasn’t stopped writing since.

Cox is “Roots Country” and his debut album, "River Town" is evidence that he remains true to the musical foundations that first made Country popular. “The album has been out a little while now, and I'm excited that a couple of the tracks are getting played on the radio! It has been great performing all the songs with my band, and seeing the overwhelming response from the audiences...they never stop dancin'!"

When the “River Town” album was released, EJ was able to debut, "Up 'Round Monterey", one of the singles from the album, at The Bluebird Café, in Nashville. "An experience and a feeling hard to describe, performing a new song in a place with so much history, where so much talent has come through the doors!” EJ currently resides in Carbondale, Colorado, and if you see him around town you might say, he never meets a stranger. Folk’s that have caught his show say that his down to earth personality makes you feel like an old friend is up on stage.

Following his solo performance at "The Bluebird Cafe", Cox put together a band of Southern California Americana all stars who have played with everyone from Jeff Bridges and the Nitty Gritty Dirt Band, to Clint Black and Roger Miller. The EJ Cox Show sold out the famed Maverick Saloon in Santa Ynez for the "River Town" CD Release party, and hasn't stopped. Since their sold out debut at Maverick, The EJ Cox Band has headlined the Seventh annual Surf Rodeo Music Festival in Ventura, CA, played to a sold out crowd at one of Los Angeles’s most iconic venues, The Mint. and Cox and his band played an extended show under the Redwood Trees at Big Sur’s most notable music venue, Fernwood Resort.

“Wow, I’m tellin’ ya…what a night, what a crowd! And they were really diggin’ the new stuff we’re putting on the album this fall…so that was a nice feeling”

“The EJ Cox Band- Live from The Maverick Saloon”, the live record of his sold out CD release party was released in late 2017. Cox and his band have a 2018 summer tour planned, wrapping up with performances at The Little Beach Amphitheater in Minturn, Colorado, headlining the Minturn Summer Concert Series, and at The Historic Tabor Opera House in Leadville, CO.